Fitness in Recovery began as a grassroots organization in December 2015. It formally incorporated as a non-profit in June 2018. Today FIR is an official 501(c)3 non-profit that utilizes specifically designed movement sequencing as dosed-exercise to provide hedonic rehabilitation and accelerate systemic addiction & behavioral health recovery.

Over the last 4+ years we have expanded into three different divisions: Community, FIR On Campus, and FIR Medical. In our community division we offer a workout every day of the week at three distinct locations in the Philadelphia suburbs. FIR On Campus is offered at the University of Pennsylvania and is open to all undergraduate and graduate students in the Greater Philadelphia area. FIR Medical is offered at The Wedge Recovery Centers in South Philadelphia twice a week.

Over the course of one month we offer 40+ workouts in five separate locations to 100+ women and men, ages 18 to 70+, ranging from 1 day sober to over 30+ years sober. Our participants come from all walks of life and are of all ages, shapes, and sizes. Most of our members never did a single tire flip, box jump, or dead lift before joining Fitness in Recovery.

We pride ourselves in offering donation-based workouts that are led by highly trained instructors who have a profound commitment to recovery and service.

To learn more about our workouts, visit our Workout Page. 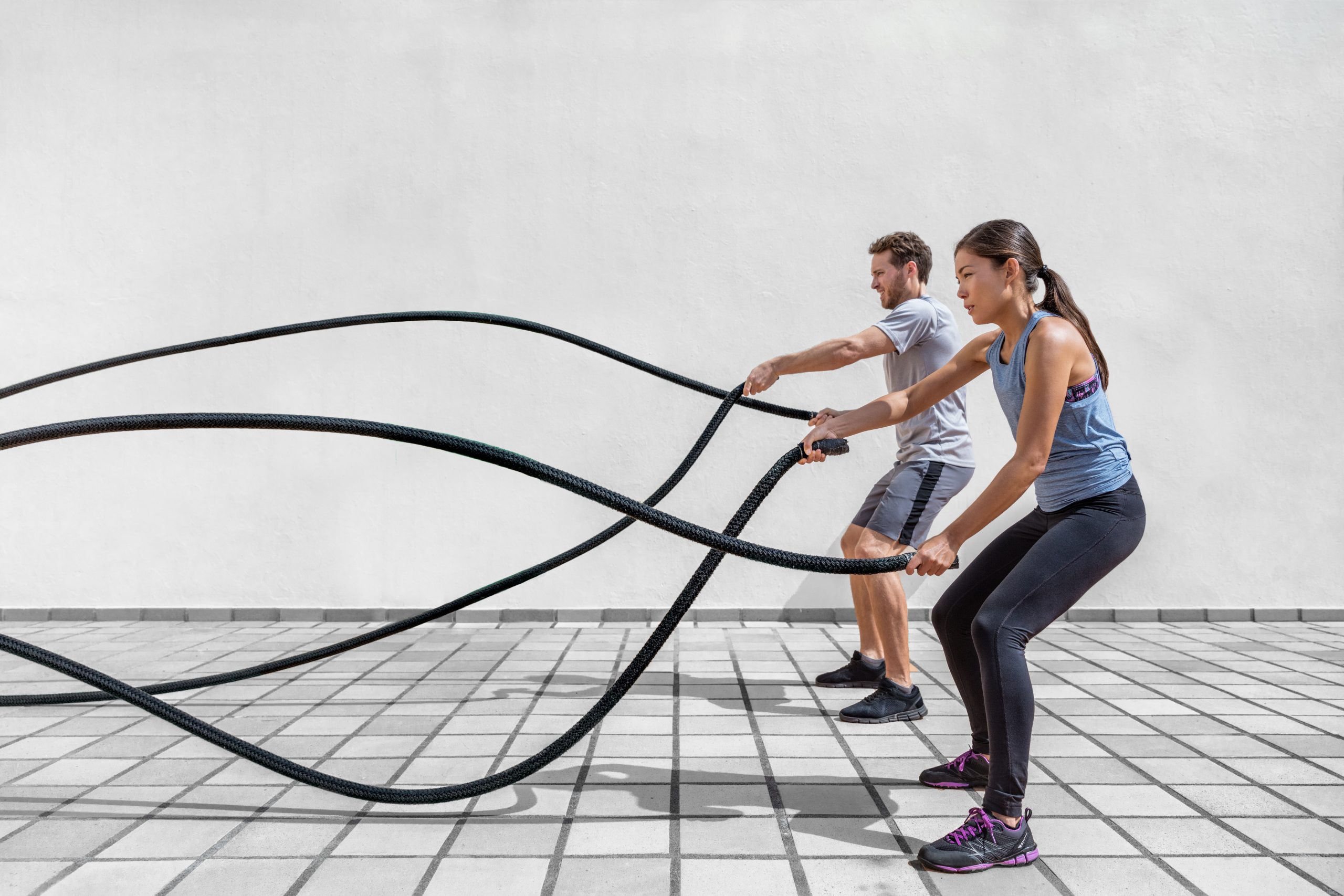 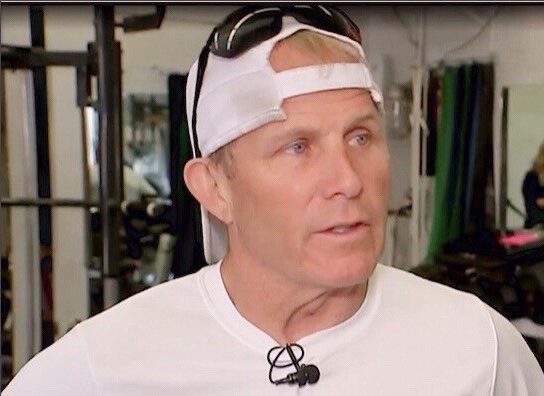 John Breen, our founder, is a sports physiologist and an elite multi-sport coach and athlete. He currently coaches rowing, paddling, Crossfit, and dragon boating at every level – including high school, college, national team, masters as well as breast cancer survivors. His athletes have medaled at the world championships, competed at the Olympic Trials, and raced internationally. As an athlete himself, John Breen is a former collegiate All-American powerlifter, pro-Am track cyclist, member of the US National rowing and dragon boat teams, and a multiple world medalist; his performance in dragon boating earned him recognition in the Guinness Book of World Records.

He continues to compete in Crossfit, paddling, rowing, dragon boating, cycling, and powerlifting. He is the current high-performance coach for the sailing team at the University of Pennsylvania. He also leads personal and group high-performance training through his business Mainline High Performance (www.mainline high performance.com). Building on the continuous success of his first non-profit, Schuylkill River Athletic Club (SRAC) in 2012, John founded Fitness in Recovery in 2015 to give back to the recovery community. John has been instrumental in transforming Fitness in Recovery into an educational brand, currently working on creating an online certification course as well as a mental health track curriculum at West Chester University College of Health Sciences. His vision is for Fitness in Recovery to become physical therapy for the mind.

Dr. Sidra Ghafoor is a Philadelphia native. She completed an accelerated 7-year B.S./M.D. program at Villanova University and Drexel University College of Medicine. During her psychiatry residency training at Cooper University Hospital in Camden, NJ she served as the Chief Resident and as an active member of the House Staff Council. After residency, she specialized her training with a one-year clinical fellowship in Addiction Psychiatry at the University of Pennsylvania. She now serves as the Assistant Medical Director for the Drug & Alcohol Division of The Wedge Recovery Centers in Philadelphia PA. She also co-owns a private practice called The Art of Wellness

(www.philadelphiapsych.com) and is an educational speaker for the treatment of Bipolar Disorder & Schizophrenia on behalf of AbbVie Pharmaceuticals.

Kelly got involved in Fitness in Recovery while helping reestablish Penn Medicine’s affiliation with the ACSM Exercise is Medicine initiative. With experience in the fitness realm (personal training) and patient care (clinical research), she helped connect FIR with Penn Medicine’s Community Outreach program as well as the University of Pennsylvania’s Institutional Review Board. She is currently involved in clinical research at Yale Center for Clinical Investigation. She will continue with FIR as a medical student.

Dee Patel was the news director for KYW Newsradio 1060 for over a decade-appointed to that position in August 2006.She was responsible for making sure that KYW is on top of every story, every day.She led an elite staff of 65 journalists.

She has held a variety of positions at KYW Newsradio, including Executive Producer of the groundbreaking, Emmy-nominated television headline newscast, "KYW This Morning" on UPN 57" and writer for CBS 3 Eyewitness News.  She served as evening news editor and reporter for KYW Newsradio 1060.She has a BA degree from Temple University in journalism, public relations, advertising, and theatre.

Currently, she is working at the University of Pennsylvania in the Office of University Communications.

All Fitness In Recovery trainers are highly accomplished and selected because of the unique and diverse skillset.  Each trainer is FIR-certified and has a strong desire to help improve the lives of those he or she trains.  Please feel free to reach out to any of them with any questions.

Matt grew up playing competitive ice hockey, but while in college, he fell into a routine of poor eating habits. After school, he committed himself to improving his nutrition and began an exercise regimen because he realized health was a driving force in many aspects of his life.  After being a run of the mill “gym rat” for years, he realized that high intensity training was more his speed.  He developed a passion for intense physical activity paired with human interaction, which led him to becoming a group fitness coach.  Outside of coaching, Matt lives in Penn Valley and is a real estate manager by day.  He still plays ice hockey, and he believes that if you’re healthy, you can accomplish anything in life.

Veronica has been a lover of movement as expression in all forms since she was young. Her experience began with 11 years spanning 4 different types of dance, and in 2017 she received her BFA from the University of the Arts in Theatre. Since then, this love of physical expression has turned meditative for her with fitness. Through it, she has discovered a sense of self connection and love that rejuvenates the spirit and empowers the mind. She began self taught thru a typical bodybuilding workout style, but when she was introduced to the world of group HIIT circuits, she found her calling. By combining her love of theater and dance with group fitness activity, Veronica has seen there’s great joy to be found in motivating others to achieve their goals and do what they love!

I have had the pleasure of teaching Health and PE to students K-5 now for about 15 years. Along the way, I have picked up lots of other passions other than teaching such as coaching football, a love for guidance counseling and more recently in the last 6 years…a love for fitness and personal training others. There is something so gratifying about helping other people reach small goals and major milestones to improve his or her overall fitness. I teach group fitness, do couples trainings and perform one on one training as well. I have helped people of all ages over the years, working with people ranging in age from 8 years old to 72 years of age. Overall functional fitness is what it’s all about, whether you are a seasoned athlete trying to take your game to the next level or just starting out and fearful of taking on a fitness program…I am only here to help! I recently started my own brand called zerobullfitness, and although the name sounds intimidating….I set a healthy pace, make myself aware of client needs and stay focused on the goals of my clients, after all, It’s about your self improvement…I just want to be the catalyst of positive growth and change. “Every accomplishment starts with the decision to try”. JFK. Reach out to me and let’s improve together!

Jeff Rake spends nearly as much time in the water as he does out of it. A lifelong swimmer, Jeff rediscovered his love for the sport through his own journey of Recovery. At age 53, he began teaching swimming at the Y, got his ASCA coaching certification, began swimming solo open water marathon events and now balances his own training with a full-time job and coaching others towards achieving their own “aquatic epiphanies.”

As another case study demonstrating the impact that a fitness regimen can have one’s recovery, he is also convinced that there’s something a little extra special about swimming. Recognizing that not everyone grows up being comfortable in the water, he feels that swimming can be a very unique and therapeutic way to gain confidence in addition to being a great program of fitness. Away from the water, Jeff enjoys family time with his wife of 28 years and their 3 daughters, aged 23, 21 and 17.